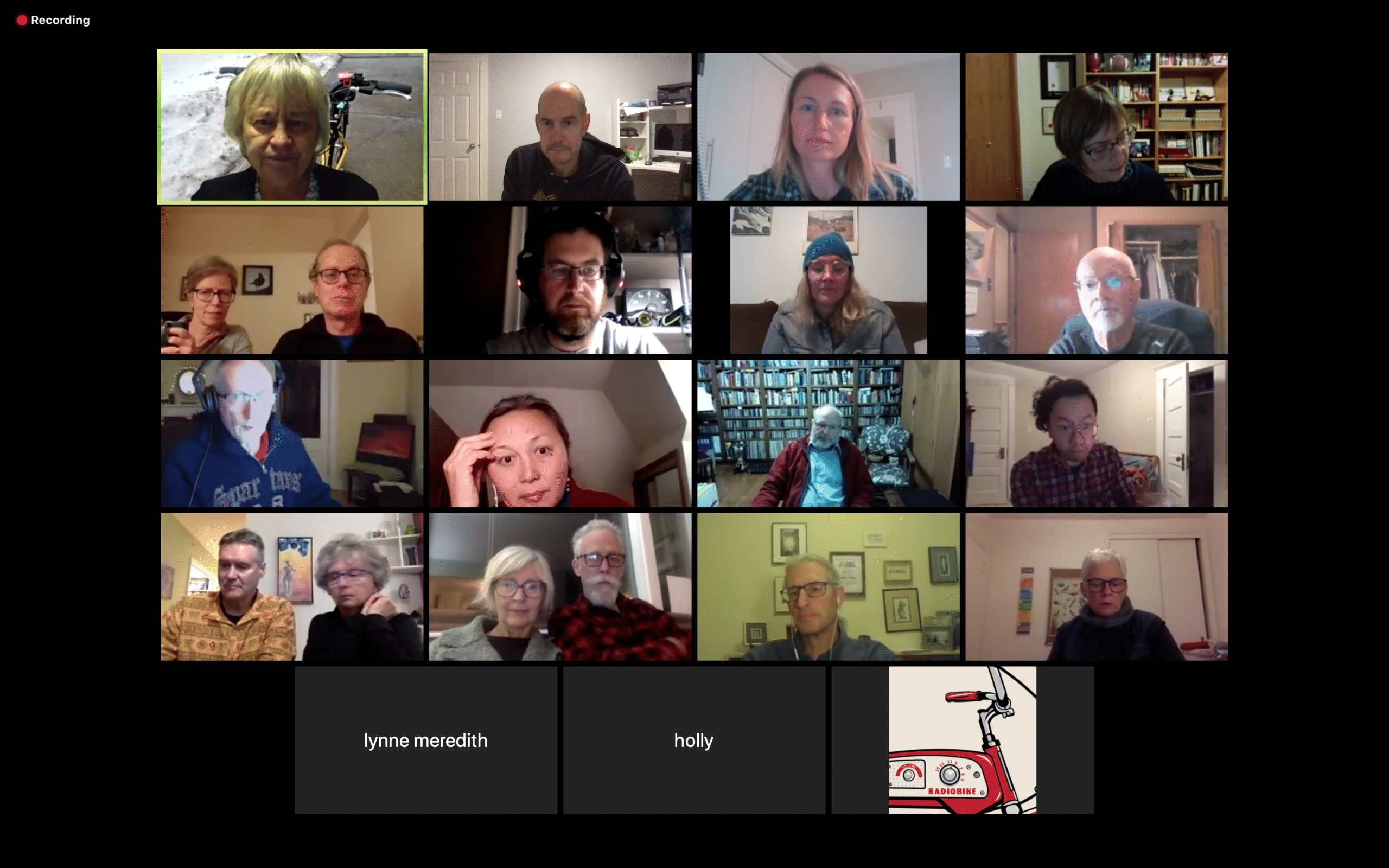 We held our 2020 Annual General Meeting on Nov 10th. This was our first time doing one via Zoom and things went fairly well. This is in large part thanks to our IT go-to guy, Gord Holtslander! Thank you to everyone who attended; we had around 22 participants. The evening included a special tribute to Cathy Watts, featuring a slide show and words of remembrance shared by SC board member Jim Arnold. We also had a very informative presentation by Brian Pincott, executive director of Velo Canada Bikes, with some great discussion afterwards.

Three new members were elected to our Board of Directors:

We want to recognize and say a big THANK YOU to Ingrid Larson who is stepping down from our board but will continue to volunteer.

We will be cohosting a virtual workshop on winter riding with Bridge City Bicycle Coop (BCBC) Tuesday night November 24 from 7 to 8 pm on Zoom. Saskatoon Cycles board members Jim Arnold and Zack MacGregor will be part of panel and Q & A session to be hosted by local rider and Ecoquest teacher Tyler Rittinger. Send an email note to bridgecitybicyclecoop@gmail.com to if you’re interested in attending. You can also submit any questions you have about riding in winter.

In 2020 the City of Saskatoon made a number of improvements to the Blairmore Bikeway, which runs on 23rd Street West from Idylwyld Drive to Circle Drive. These improvements include:

In 2021 the City of Saskatoon will be installing more permanent traffic calming along the bikeway. Planned work in 2021 includes:

There were so many exciting things at the Winter Cycling Federation online session November 12th. It was truly a world event as participants joined from all provinces of Canada, as well as from the USA, Moscow, Finland, and the UK. The spectrum of bicycle infrastructure in participants’ cities was overwhelming for me in an exciting way: We learned so many things and most importantly I realized that each of them was trailblazing something valuable for their own communities in big and small ways.

These were some of the highlights of the session for me:

I now know how to say bicycle and love in Ojibwa: Detibiwabeshikigaan (bicycle) and Zaagi (love). Winnipeg artist and cycling advocate Leigh Anne from Plain Bicycle provided her insights on what Train, Plain and Automobiles represent for Indigenous people in Canada. It was so insightful for me personally, as I am learning the history of our land. I am still so excited that I decided to connect with her in person and learn more about her work. She highlighted that for many years Indigenous people had many ways getting around and she teaches others the old transportation tools she has in her store in Winnipeg. She helps local immigrant women to learn to bike in winter using her backfiet (cargo bike) to transport things around which includes bicycles, art and food. I am also passionate to empower immigrant women in YXE.

Pekka from Oulu, Finland gave us a virtual tour of her city. It was Amazing! They actually have solar powered cycle counters that show how many cyclists use the trails in different parts of the city. Data is important tool to educate. The numbers are so exciting to hear and confirm my belief that if you build proper cycling infrastructure, people will use it! Oulu is on my list of cities to visit.

Marjo from Finland talked about her academic research and shared her study: https://ecf.com/news-and-events/news/free-cycling-lessons-empower-immigrants-finland.

Bekka from New York shared that Coffee Outside is the most exciting thing she learned from Canadians when she was in Toronto and Calgary in one of the cycling winter conferences. She was so inspired by Glen from AB that she organized and coordinates ‘Coffee Outside’ in her community since then. Glen from AB is the thought leader of the ‘Coffee Outside’ movement and he is so happy about how it is growing in his city. He shared that, for the past few years, every Friday people from all walks of life (doctors, layers, politicians, teachers, retired folks, artists, seeking employment) get together to hang out and talk about everything. He recommended holding this meetups at the same spot every week.

The next winter cycling conference is going to be online. I’m signing up to learn and keep my inspiration going. Why don’t you join me… 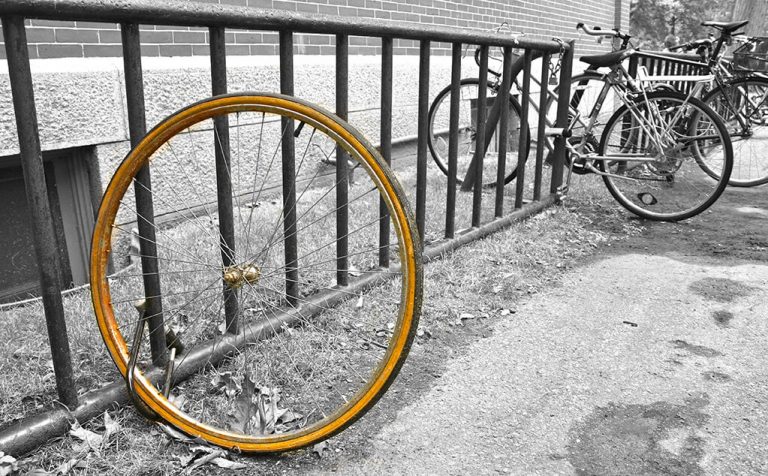 Have you registered your bike with the Saskatoon Police Service? It only takes a few minutes, and could significantly improve the odds of recovering your bike if it’s stolen. According to the SPS website: “Hundreds of recovered bicycles go to auction each year in Saskatoon because Police cannot identify owners. Bikes and bike parts are… 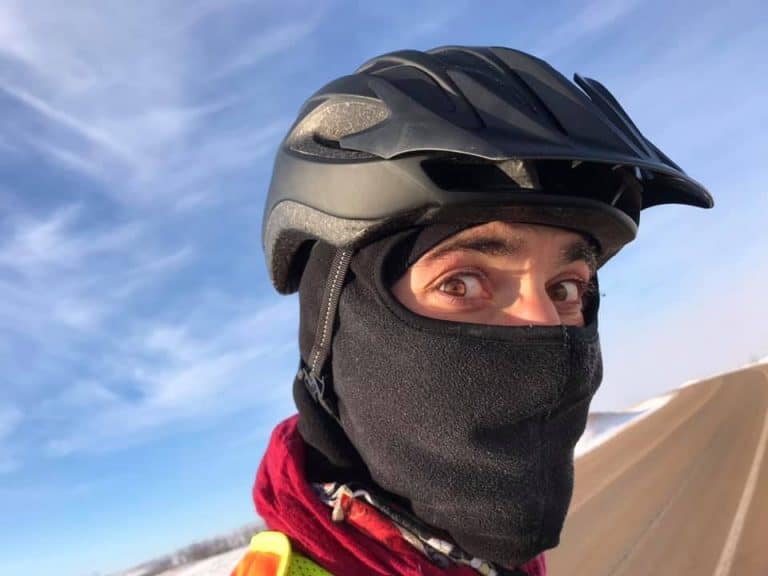 From Facebook post by Hilary Gough… Please join us for a bike ride on Monday morning to celebrate the love that Cathy Watts bring to our community and our lives. Please feel free to invite others who are friends of Cathy’s. Her family has endorsed this event. Cathy suffered a massive stroke earlier this week….

Saskatoon Cycles News Grade 8 students from the Let’s Lead program looked after the bike valet for the Traffic Bridge opening. They were an enthusiastic group of young people who attracted Mayor Charlie Clark’s attention (photo above). You may have seen some interesting bikes around that can carry two passengers in the front. It is…

“As soon as I hopped on my bike, I sounded like a 12-year-old again. I said, ‘Now I can go biking with my friends!’” By Greg Basky Rachel Fritzler remembers growing up riding bikes around the family farm, to town and back, exploring dirt roads, and zipping around at the lake in the summer with… 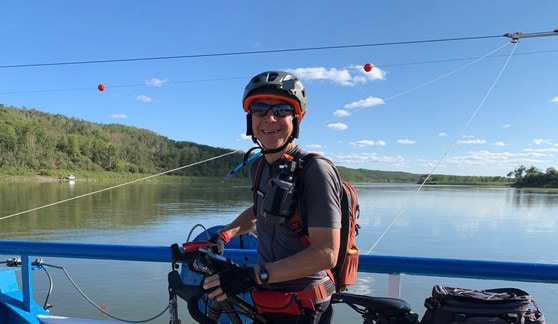 As a non-profit, Saskatoon Cycles relies on the generous efforts of its volunteers. One of the ways you can contribute to and help shape the direction of our work is by becoming a member of our Board of Directors. At our AGM on November 3rd, 2021 three people joined our Board. We’ve already introduced you…