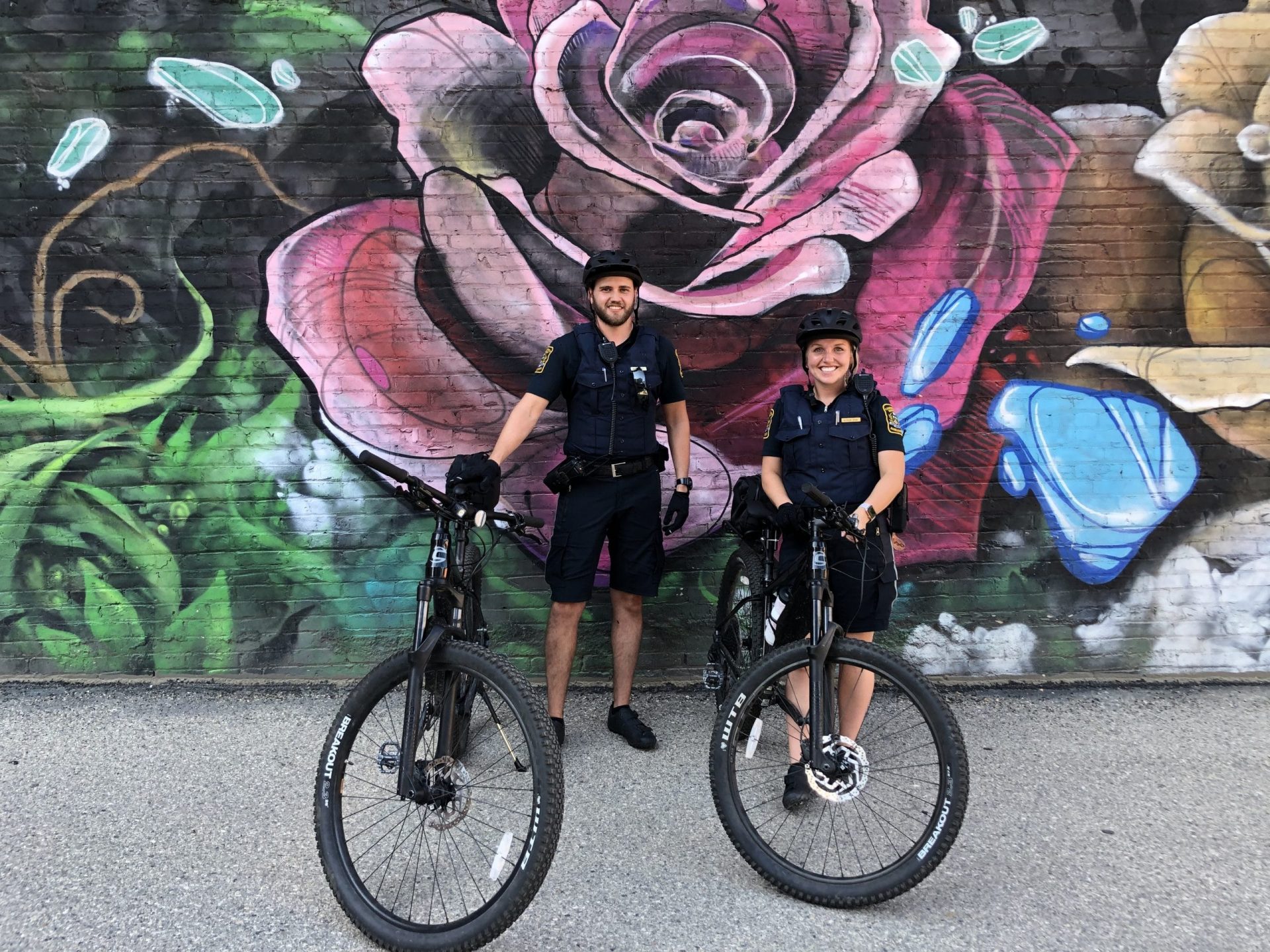 For Marcus McKen, a recent encounter with a gang member in the Riversdale neighborhood demonstrated to him the power of bicycles as both conversation starter and builder of bridges. McKen, who is a member of a new bike patrol unit rolled out this spring by the city’s Community Support Program, was hanging around outside the Saskatoon Friendship Inn, being “a presence,” chatting up people waiting in line for their COVID-imposed takeout meals.

A young man dressed in gang colors rode up on a bicycle and launched into a conversation with Marcus about cycling — his bike, Marcus’s bike. “Obviously I’m on the very opposite end of the spectrum with what I’m wearing — a uniform and radio and stuff,” say McKen. “But I was really struck by the fact that he can roll in on his bike and — our colors and our uniforms aside — we’re able to start talking about biking. We were able to connect in a way that you wouldn’t normally, just standing there. He probably wouldn’t even look at me otherwise.”

“It’s not a big success, I guess, in terms of maybe the lifestyle he’s living, but I thought it was a good start in bridging that gap a little bit between two very opposite people in two different roles.”

The Community Support Program is a team of six civilian officers who conduct year-round foot patrols in the city’s Downtown, Riversdale, and Broadway Business Improvement Districts. The mission of the program — which is funded by the BIDs — is to “provide a safe and enjoyable street experience for everyone” in these areas of Saskatoon. Members of the team can be called into action by concerned business owners, citizens, or people who are in distress themselves. Their presence is intended to reduce demand on the city’s emergency services.

The outreach team connects people experiencing mental health or addictions problems with resources in the community — such as shelters, detox programs, and mental health and social workers. They also work to enforce through education city bylaws related to such things as  panhandling, jaywalking, public urination, spitting, skateboarding, and yes, riding bicycles on the sidewalk.

“Our whole mandate is deescalation and mediation,” says McKen. “We try to talk to people on a one-to-one level, and use our words to convince and encourage people as much as we can.” He and his colleagues are trained in a variety of deescalation and mediation techniques, including verbal judo. And they’re regularly adding new tools to their arsenal — such as mental health first aid — to help them work with people in crisis. McKen himself has degrees in sociology and social work.

Because the team has so much ground to cover, they added a fleet of gleaming black Cannondale Trail 3 mountain bikes this spring, purchased through the Bike Doctor. And three members — including Marcus — received special bike training through the Law Enforcement Bicycle Association.

“Being on the bikes really allows us to get more places faster and be a bigger presence in those three communities, and ultimately support more individuals and come in contact with more people, to just have conversations, and talk with people and try to see how their day is going and that sort of thing,” says Marcus.

McKen logs the most miles of his bike patrol teammates; he figures he’s out on two wheels for about six hours in every 10-hour shift. His passion for cycles started years ago: “I was in the outdoor school program in high school, and we were kind of forced to bike every day. At the time it was forced, but I came to really enjoy it,” he recalls with a chuckle. “This has been a great experience so far for me. Being able to get out and get your feet moving on the bike has been awesome.”

Marcus says he and his colleagues have received a lot of positive feedback about how fast they are responding to calls. What he likes best about the new bike patrol is how the bicycles serve as conversation starter with so many of the people they interact with. “Bikes are something that it seems like everybody has in common,” says McKen. “It’s been a really easy way to build some rapport and trust with people on the street.”

As a non-profit, Saskatoon Cycles relies on the generous efforts of its volunteers. One of the ways you can contribute to and help shape the direction of our work is by becoming a member of our Board of Directors. At our AGM on November 10th, three people joined our Board. Over the next few weeks,… 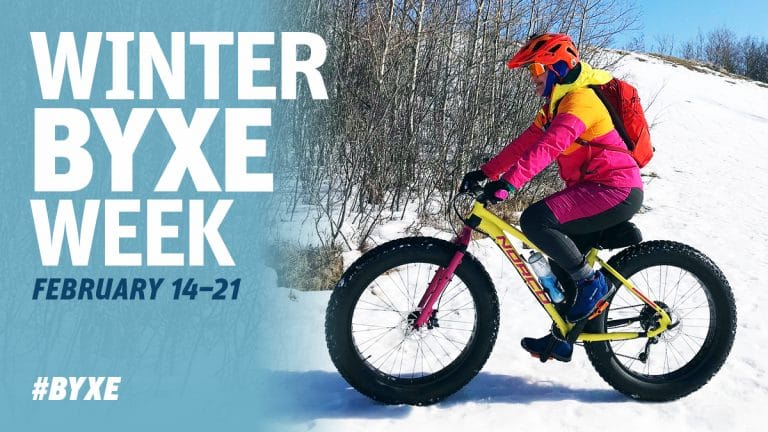 Exciting times! This winter, “Bike to Work Day” will be the physically-distanced “BYXE Week”, where you’re encouraged to get out and explore a snowy Saskatoon by bike, anywhere, anytime, and all week! Commit to riding your bike any time during BYXE Week, February 14 to 21. Register for a chance to win prizes! Register below…

The next generation of protected bike lanes: This is a great vision for our city and many people remain positive that one day, Saskatoon will see something like this in our beautiful city:  https://www.youtube.com/watch?v=5tcnoGOqIf0 Bike sale and a happy customer: Our first ever bike sale brought a smile to the face of one little girl. It was… 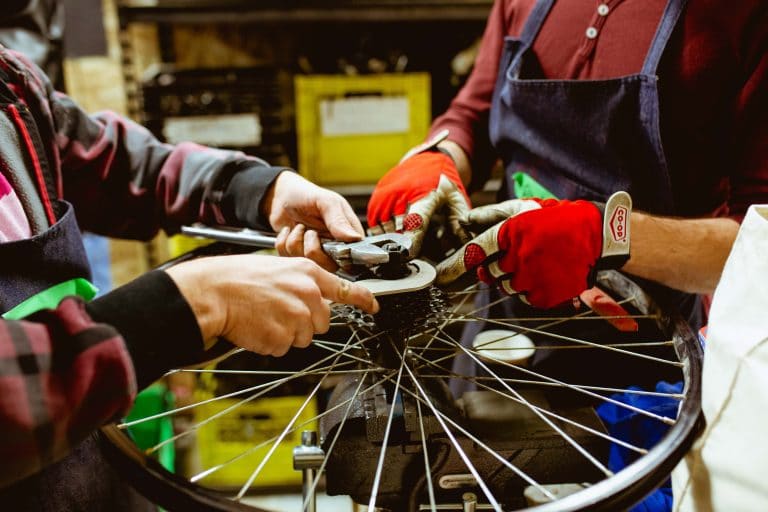 By Greg Basky For the staff and volunteers at Saskatoon’s Bridge City Bicycle Coop, working side by side with people helping them build a bike of their own and teaching riders how to keep their steeds in good running order is what they do. So the arrival of COVID-19 in mid-March threw a major wrench… 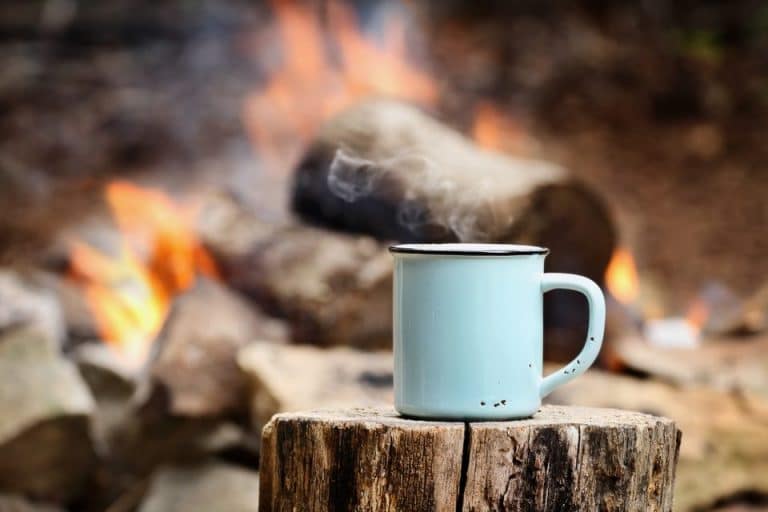 By Kira Judge, Co-Chair, Saskatoon Cycles Did you know that when you stop by our new weekly Hot Drinks Outside meetup you get three great benefits? First, you’ll meet new people and learn fun facts and names to follow — like Ed Pratt or Mr. Money Mustache. You can also pick up useful tips on how…