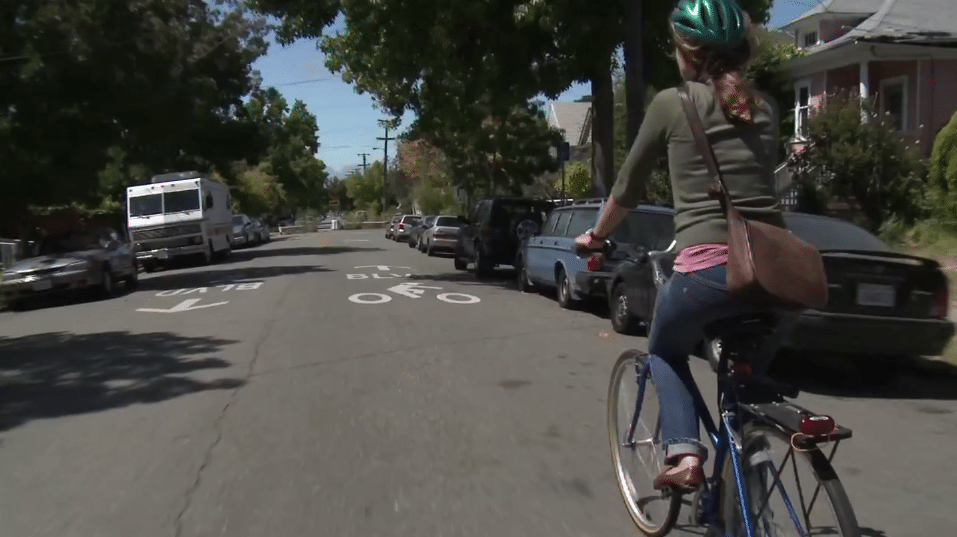 Bicycle Boulevards for NYC from STREETFILMS on Vimeo.

Bicycle Boulevards for NYC from STREETFILMS on Vimeo.

We’ve seen lots of new, innovative bikeway designs appear on New York City streets over the past few years. But, there’s one very promising concept we haven’t seen – bicycle boulevards. Bicycle boulevard design uses a variety of techniques to create low-traffic, low-speed streets where cyclists mix comfortably with cars. They’re very popular in Portland and Berkeley, two cities with high bicycle mode-share. Here in New York, though, they don’t seem to be part of the playbook yet. In this Streetfilm we ask: Why not?

Other great links regarding Bike Boulevards are listed below: 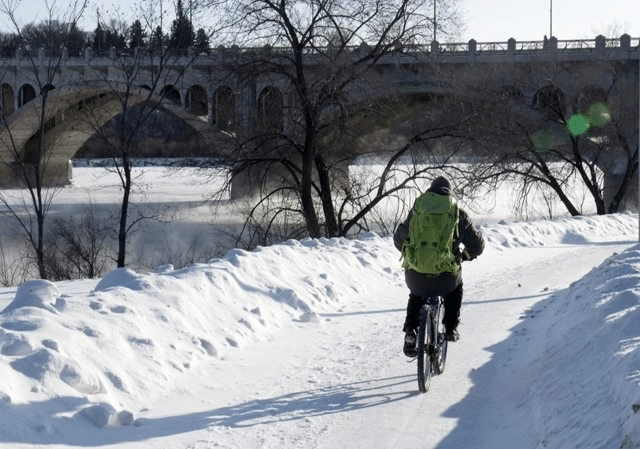 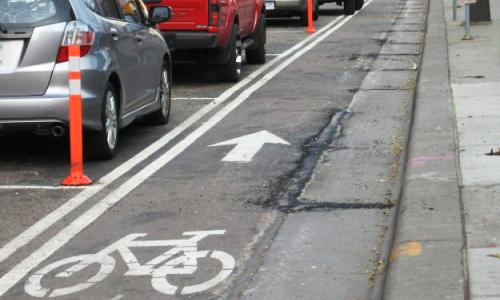 (March 10, 2015) Saskatoon Cycles was encouraged by the support Saskatoon’s separated bike lane demonstration project received from the Transportation Committee of City Council on March 9th, in which all City Councillors present voted in favour of forwarding the proposed project to the next City Council meeting for approval. Mayor Don Atchison was the only… 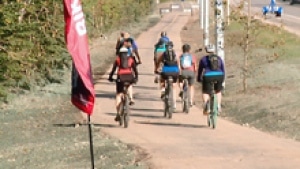 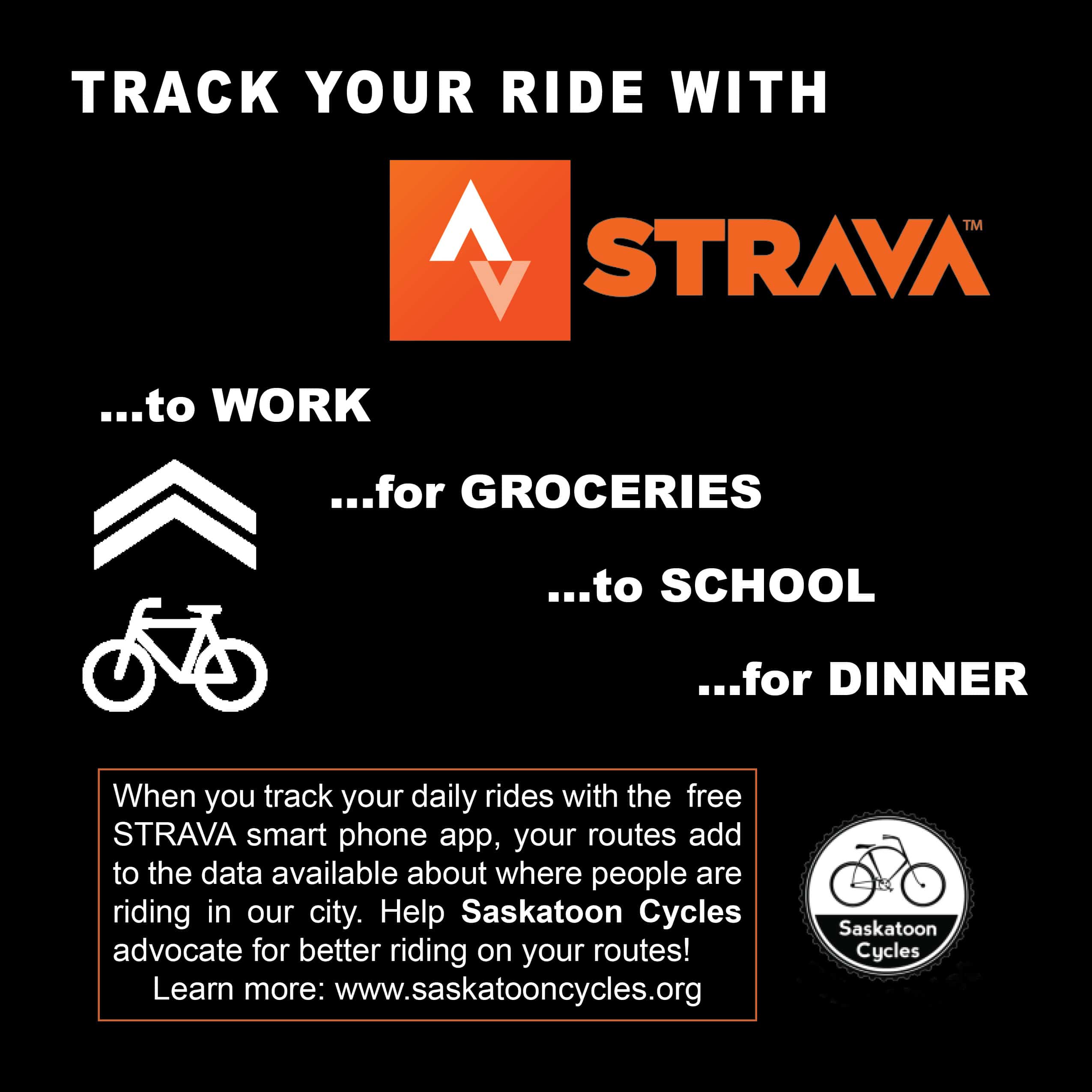 Saskatoon Cycles is in the process of organizing a summit around cycling in the city. The event will serve to produce a strategic document highlighting multi-year priorities for cycling infrastructure development with the end goal being a comprehensive cycling network for commuting by bicycle in Saskatoon. This event will bring together a variety fo stakeholders,… 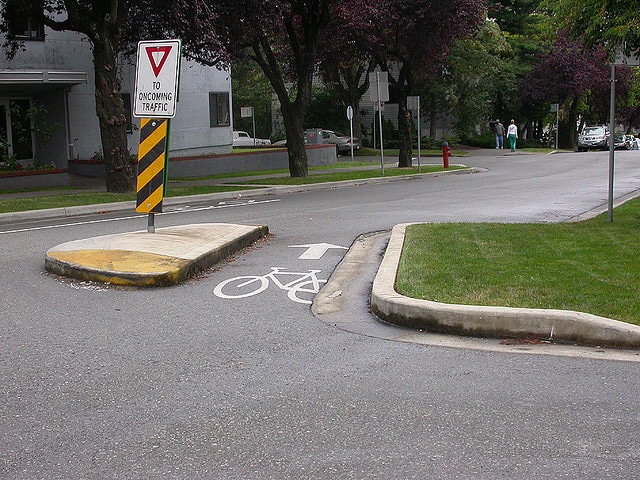 The city of Vancouver has an excellent system of Bike Boulevards; which they call “Bikeways.” Here is a great article by Matthew Blackett with pictures and descriptions of some Bike Boulevard features. Article and photos taken from Spacing Toronto VANCOUVER — Riding my bike through Vancouver has made me aware of some of the traffic… 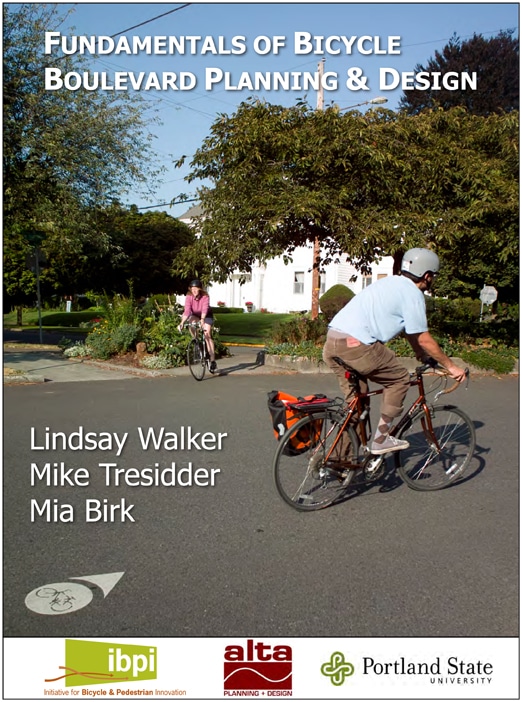 Download the Bicycle Boulevard Planning & Design Guidebook   This report is intended to serve as a planning and conceptual design guide for planners, engineers, citizens, advocates, and decision makers who are considering bicycle boulevards in their community. Data for this guide was developed from literature review, case study interviews, and input from a panel…